THE PERFECT WORLD FAVORITE MUSEUM IN 2015

NATIONAL MUSEUM OF ETHIOPIA, located in Addis Ababa, is a perfect resource for palaeontology and prehistory, the museum being filled with incredible historical findings, Ethnography and modern art.

We must also mention that the museum is placed in Ethiopia, a country who was selected as WORLD BEST TOURIST DESTINATION FOR 2015.

National Museum of Ethiopia: a most stop for every world tourist.

The collection at the national museum is as varied as it is large; visitors have the opportunity to see fossilised remains of early humans, regalia and other memorabilia from former Ethiopian rulers, traditional and ceremonial costumes, modern paintings and sculptures and pre-Axumite findings.

No other museum succeeded in making on the list of WORLD FAVORITE MUSEUMS in 2015, but ETHIOPIA NATIONAL MUSEUM form Addis Ababa made it.

On the arguments that put the Museum on the right track in the cultural world where the refurbishing of a new wing destined to conserve their countries priceless artifacts and cultural patrimony.

The judges did not escape the fact that: the museum received during 2015 landmarks visits like European Council delegations and United States delegations, a moment that was not achieved by any other cultural institution during this year.

Uniting Europe, America and Africa around Lucy-the skeleton of the first hominid, is a success that only Ethiopian National Museum registered, during 2015.

NATIONAL MUSEUM OF ETHIOPIA is the only world museum that received the visit of American and European delegations during the same year. All around Lucy-the first human skeleton.

On December 15, 2015, on the function of the official opening of the 2016 World Tourism, Culture and Travel Awards, Professor Dr. Anton Caragea announced the Ethiopian National Museum of Addis Ababa is recognized as a WORLD`S FAVORITE MUSEUM for his priceless artefacts and outstanding contribution to the human civilization understanding.

The Ethiopia National Museum made it on the list of WORLD`S FAVORITE MUSEUM on the account of garnering the most relevant artefacts of the incredible history of Ethiopia.

The Museum is having in his exhibitions an outstanding treasure of crowns and objects pertaining to the long list of emperors of Ethiopia, coronation artefacts, imperial insignia and memorabilia.

The museum has also prided himself with impressive collections of weaponry, agricultural and everyday life objects from all the national groups and minorities from the territory of today Ethiopia, this makes it one of the largest ethnographic collection in the world and spawning for two millennia.

Of course, the crowning jewels of the permanent exhibitions at the Ethiopian National Museum are the outstandingly preserved bodies of Lucy and Salem (the oldest human remains in the world).

If Ethiopia is proudly named the “cradle of the civilisation” and “the place where it all begins” than a visit to the WORLD`S FAVORITE MUSEUM-the place where the forefathers of humanity are placed is a must for any human being. 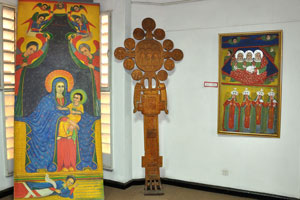 Religious art of Ethiopia: a must see and enjoy!

This visits where a proof that: the Ethiopian National Museum has become a lynchpin of culture and a most see stop over for all the citizens of the world. 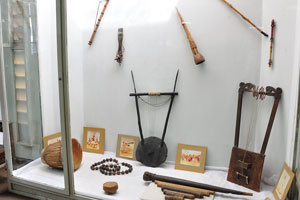 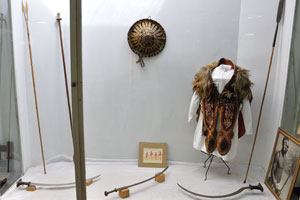 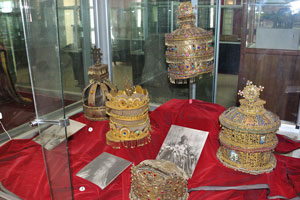 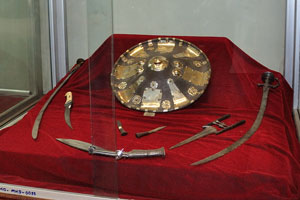