WORLD TOURISM AND CULTURE AWARD COMPETITION FOR 2016 IS LAUNCHED

The ECTT Awards for tourism and cultural achievements are crowning, since 2008, the countries and nations excellence and investment in the tourism sector, putting under the world limelight the exceptional leadership and nation prowess in the framework of WORLD CAPITAL OF CULTURE AND TOURISM and WORLD BEST TOURIST DESTINATION AWARD and the category of FAVORITE CULTURAL DESTINATION and marking out outstanding cultural and investment tourism projects. 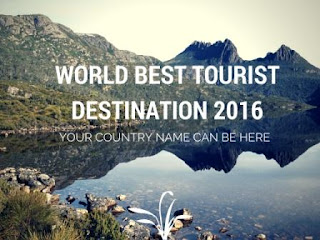 Starting their creation from 2006, the European Council on Tourism and Trade Awards have recognised nations and peoples strides for their innovative and determined tourism initiatives.

The contribution of the nations and leaders receiving world tourism and travel prizes is in line with ECTT guidelines for World Capital of Culture and Tourism and World Best Tourist Destination Award.

For the tenth consecutive time, the ECTT-European Council on Tourism and Trade Awards will recognize the tourism potentials of the most attractive tourist and cultural destinations.

This event has taken place on December 15, 2015 and has marked the opening of the international contests for WORLD BEST TOURISM DESTINATION and WORLD CAPITAL OF CULTURE AND TOURISM for 2016.

Held under the patronage of the European Council on Tourism and Trade, the World Best Tourist Destination -Embassy Tourism Festival is an element of novelty in the European cultural space, consisting in a series of projects meant to promote the cultural diversity of the countries that outlined candidatures to World Best Tourist Destination, under the “Open your culture” slogan.

The inauguration ceremony, started with the message of the European Council on Tourism and Trade President, who highlighted the potential of the European culture, and the contribution of such public and cultural diplomacy initiatives to the dialogue between cultures, between generations, between the diplomatic community and civil society.

Korean dances capture the imaginations of the world public.

The celebration continued with a music and theater a new mixture of archaic music and contemporary dance.