The Office of the President of European Council on Tourism and Trade announced that H.E. Prime Minister of Ethiopia Mr. Hailemariam Desalegn has being consecrated as a WORLD LEADER OF TOURISM and as a member of European Tourism Academy for his “recognition of the role and significance of tourism on world stage”. 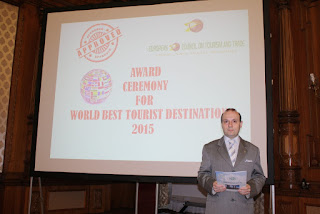 We have the pleasure of informing you that: in unanimity, the Academic Board of the European Council on Tourism and Trade (ECTT) has elected you as a honorary member of EUROPEAN TOURISM ACADEMY, in your capacity as a WORLD LEADER OF TOURISM for your recognition of the role and significance of tourism on world stage.

Tourism, Travel, Trade and Investments are interconnected and are uniting today`s countries, not only in a globalized world and unified market, but are making every person in the world to have two countries: the one of his birth and the one of his choose.

The world recognizes that Trade, Travel and Tourism are part of the international life and each and every one of our citizens became a world ambassador and a central actor on world stage.

No country, interested in development, international recognition, economic growth and a prosperous life for his citizens, can remove herself from the international tourism and trade arena.

Trade and Tourism are the key pillars for countries and billions of people, worldwide, in their efforts to achieve fully their live potential. 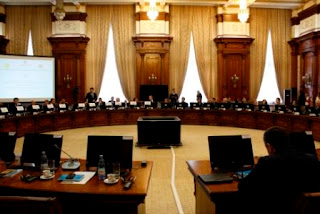 General Assembly of European Council on Tourism and Trade selects ETHIOPIA as winner of FAVORITE CULTURAL DESTINATION and World Best Tourist Destination in 2015.

EuropeanCouncil on Tourism and Trade, as a driving force in the international promotion of tourism as a tool for development and international cooperation, is selecting the world leaders to become a part of his structure and to raise a unified voice and position on the global tourism agenda.

Today, the Government of Ethiopia is recognizing the importance of tourism as a key facilitator for the country development and international promotion, creating exemplary structures like Tourism Transformation Council, investing in infrastructure and capacity building, creating a special team under Your Excellency leadership for destination promotion and management and protecting the cultural, natural and historical patrimony of the country.

The world leaders that are offering such a special attention to historical patrimony of their country and use it, and preserve it for the benefit of the future generation, who grasp the importance of tourism as the most important part of diplomacy, international relations and raising national profile on world arena, must be supported and commanded and offered as a general example.

Your Excellency stated that your “aims are to build on Ethiopia’s natural, historical and cultural resources to strengthen the tourism sector, identify pressing value-chain gaps and intervening to allay these gaps based on tangible and scientific studies jointly with the private sector and the international tourism community.

Together, we will work hand in hand to make tourism one of the leading economic sectors of our country and Ethiopia a top destination in Africa”

This statement and practical measures put in place, made your country succeeding in the 2015- WORLD BEST TOURIST DESTINATION AWARD competition and be accepted as FAVORITE CULTURAL DESTINATION for your rich past and cultural prowess.

This is a momentous achievement for ETHIOPIA that is due to your exertions. 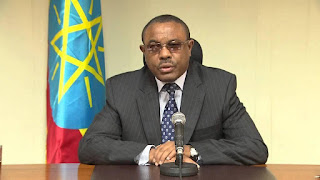 H.E. Prime Minister of Ethiopia Mr. Hailemariam Desalegn has being consecrated as a WORLD LEADER OF TOURISM and as a member of European Tourism Academy.

In your new capacity, as the representative of ETHIOPIA on world tourism and on international cultural stage, we hope that the World will benefit now from your public exertions and support in creating a new world community based on peace, development and tourism as the pillars of international cooperation.

For the photo-chronicle of the General Assembly of European Council on Tourism and Trade go here.