The European Council on Tourism and Trade  (ECTT) is an international and non-profit organization with its headquarters in Bucharest.

Its members are from 27 European Union Tourism Organizations , whose role is to market and promote tourism and investment opportunities outside the European Union  in general, and to  individual countries in particular.

European Council on Tourism and Trade (ECTT) is The WORLD TOURISM INSTITUTION gathering European and regional tourism organizations and representing a market of 800 millions costumers from all around Europe with members and delegations in 27 countries.

This is ECTT's corporate website, which is aimed at industry, government and educational personnel interested in obtaining tourists from Europe to their countries.

Fore more about European Council on Tourism and Trade activities across the world we recommend you to access the following informational sites: European Council on Tourism and Trade is one of the oldest and most important  institutes in Europe specialized in the field of tourism promotion and research .

It is our wish to acquaint the users of our services, our partners in the European Union and abroad with the touristic, trade , scientific, research, cultural and publishing activities of the World Tourism Institute - European Council on Tourism and Trade. EUROPEAN COUNCIL ON TOURISM AND TRADE is a symbol and a flag bearer of the values of FREEDOM OF EXPRESSION, ACTION and THOUGHT in the world empowering communities, people’s and nations across the world in a shared vision of development.

Since it was established, European Council on Tourism and Trade has had a special place in the tourism industry of Europe.

From a small group of tourism experts and researchers who laid foundations of the European Union  science of international tourism , the European Council on Tourism and Trade  has gradually turned into the largest tourism scientific and promotion  institution of this kind in Europe and one of the most reputable tourism promotion centers in the world.

Up to the present day promotion and PR activities in the fields of  tourism, cultural tourism  and tourism law have been in the core of its activities.

Providing a research and documentation basis for defining the European foreign tourism priorities, for many years the Institute has assisted the world authorized bodies in creating and formulating the strategic directions in establishing and developing foreign tourism relations.

In its long tourism promotion practice the European Council on Tourism and Trade  has established close co-operation and a working partnership with the Ministry of Tourism in European Union.

The European Council on Tourism and Trade  has developed different forms of international co-operation with over 200 tourism bodies , tourism research centers, tourism university`s and specialised institutions and organizations in the world.

So far, it has organized over 200 domestic and international conferences on tourism.

Many prominent domestic and foreign professors, researchers, statesmen, political figures, diplomats and journalists have delivered lectures or participated in other forms of the European Council on Tourism and Trade , tourism promotion activities.

Additional efforts have been made to raise the quality of works and specially the prizes and awards  in accordance with the scientific standards and research reputation the European Council on Tourism and Trade enjoys in the Europe and abroad.

We are convinced that in the forthcoming period the European  Council on Tourism and Trade  tourism  results will become an integral part of the European Outgoing Tourism area.

In this way, the European Council on Tourism and Trade contribution could be optimally used in conducting the foreign tourism policy and foreign economic affairs. The European Council on Tourism and Trade  (ECTT ) is the organisation responsible for the promotion of other world regions ( Asia, Africa, America , non- EU regions etc. ) as a tourist destinations to European Union public. WHICH EUROPEAN UNION COUNTRIES ARE INVOLVED?

Twenty seven countries, all members of European Union. After the 2011 General Meeting of European Council on Tourism and Trade was decided that all the european continent countries can be elected as members of the European Turism Organization without their participation in EU project or not.

EUROPEAN COUNCIL ON TOURISM AND TRADE powerful tourism promotion programs: WORLD`S BEST TOURIST DESTINATION AWARD and WORLD CAPITAL OF CULTURE AND TOURISM are recognized as a creators  of peace, harmony and development flagship in the world and receives the coveted designation of GLOBAL MESSENGER OF PEACE.

ECTT  has been operating for more than 12 years. It was established in 2005, and operates as a  non profit-making international organisation.

WHO ARE THE MEMBERS ?

They elect a President, two Vice-Presidents as members of Board of Directors for  revolving six  years terms.

WHERE DOES ECTT OPERATE ?

The plans for extending European tourist  presence in Africa and Asia until 2015 are in motion.

WHAT KIND OF PROMOTION?

HOW DOES ECTT FUNCTION ?

The program for promotion of different countries and regions to European Union audiences realized with  Tourism Authorities of the country in question is submitted for approval to ECTT  Members in Europe.

WHO PROVIDES THE BUDGET ?

ECTT is entirely financed by members contributions and with additional financial support for specific campaigns is raised overseas.  Long-standing foreign  industry support for ECTT activities is proof of its credibility and stability in the field of tourism .

HOW ECTT CARRIES OUT THE PROMOTIONAL ACTIVITIES ?

For each destination is creating an Operations Group that may hire the services of a public relations agency which is also responsible for raising local industry support. ECTT  strength on tourism market  is that it has very low organizational running costs, and can therefore allocate the major proportion of its funds to its activities for promoting overseas destinations to European Union audience.

WHAT ARE ECTT COMPLEMENTARY ACTIVITIES ?

ECTT provides a place for professionals from tourism to meet regularly, cooperate and exchange ideas.  Also ECTT is in constant touch with all international organizations and with representative  organizations and people working in tourism.

To work together to build the value of tourism to all the beautiful and diverse countries of Europe through, in particular, cooperating in areas of sharing best practices, market intelligence and promotion".

The main objectives of the European Council on Tourism and Trade are to:

Provide industry partners and other interested parties with easy access to researches and statistics regarding outgoing  tourism from European Union . Originally established in 2005  ECTT has been promoting overseas destinations to an European union audience and currently undertakes the following activities:

The ECTT recognizes that importance of digital media and associated e-distribution channels as they are supplying  affordable and creative media for reaching new markets and forming positive relationships with existing customers.

European Union member countries vary in their state for new technologies  readiness.  Each has its own mix of technologies and approaches to e-distribution.  There is a need to help member countries to communicate better and to share knowledge and expertise.  The Marketing and PR Task Force  was created to meet this need.

-    marketing and ICT personnel within the membership of ECTT states who wish to learn, and share knowledge and expertise, about digital technologies and their impacts on tourism ; and

The task force objectives are  :

-     ensure that all marketing personnel working for the ECTT members to have the opportunity to learn more about existing and emerging digital media technologies, their impact on business processes and the opportunities they offer.

-    help marketing personnel identify, select and deploy these technologies effectively in the marketing their products in European Union.

-        support the development for a pan-European marketing strategy for overseas countries  by identifying ways in which new technologies can be used to compile and manage a content and information`s destined for an European Union audience.


-      to become the primary creator of tourism policy advice to the EU on the use of digital media for destination marketing.

-     identify other organizations which could form partnerships or joint ventures with ECTT to help it achieve its marketing objectives. 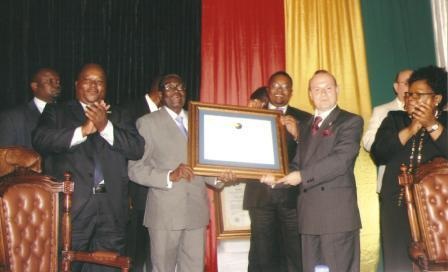